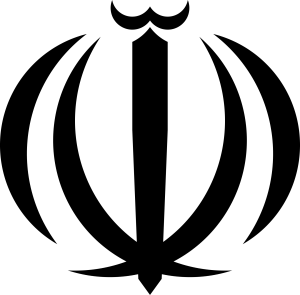 In the Name of Allah, the Beneficent, the Merciful

All praise is due to Allah, the Lord of the Worlds, and peace and greetings be upon our Master and Prophet, Ab-al-Qassem Al-Mustafa Muhammad, and upon his pure, immaculate and infallible household, especially the one remaining with Allah on earth

First of all, I hope that this eid will be an auspicious eid for all you and secondly, our eyes have been enlightened with the presence of all these panegyrists and eulogists of Imam Hussain. It is perhaps about 37, 38 years that we have been holding this meeting on this day. Thankfully, its quality and quantity are increasing on a daily basis. This is a provision.

Dear youth, I am addressing you. This is a provision. It is a valuable human asset. If it remains null and void, an act of oppression has been committed. If God forbid, this asset is utilized in the wrong way, then even a greater act of oppression has been committed. If we did not have this asset, our responsibility would not be so heavy, but this asset exists and it belongs to the Revolution, Islam, the Master of Martyrs [Imam Hussein] and Fatimah al-Zahra. This should be utilized for Husseini and Fatimi goals.

Most of the poems which were recited were good. I benefitted from them in the true sense of the word. I enjoyed the poems and the recitations, but what is before of our nation today is clarification on the concepts of the Islamic Revolution. This is a responsibility which you can perfectly undertake. I have repeated this many times in this meeting: sometimes, a qasida, ghazal, mathnavi and couplet composed by you can be as influential as a minbar. You should not miss out on this.

Poems should contain Quranic and Islamic content. As you often say, it should be Husseini and Fatimi. You should include revolutionary goals in your poems with broad-mindedness and intellectuality and you should convey them in your meetings with a good recitation and with good artistic methods. This will exert a very deep influence on the great movement of the Iranian nation and also on the Islamic movement and Islamic Ummah. Sometimes, I hear that neither the poems nor the themes that certain skilled panegyrists use are in the direction of raising awareness. This is a sin. This is an act of oppression. You have artistic talent, you have capabilities, and you have opportunities in the Islamic society. This opportunity did not always exist. If you manage to obtain this opportunity at every hour and every moment of your precious life, it is valuable and it should not be missed.

Today, we can promote Islam. One day, this was possible only with books, minbars and speeches. Today, as well as these, you can do so with panegyric and eulogy. In the past, during the time of the taghuti regime, there were not so many good reciters and panegyrists at the service of the Ahlul Bayt. Today, there are thankfully many in number. Both quality and quantity are very good in this regard. You should improve on this quality on a daily basis. Today, the enemies are carefully looking at every angle of our lives and our revolutionary nation so that they can find a weak spot from which they can infiltrate. You should identify these areas of the enemy’s infiltration and you should deploy your forces there. We should not waste time.

Today, all of us are responsible. All of us have duties in this regard. The society of panegyrists is one of the responsible societies in the country as well. You should promote Islamic teachings. Of course, the language of panegyric and eulogy is different from the language that one uses when delivering speeches. You benefit from poetry, imagination and artistic activities and there is nothing wrong with this, but the direction and the content should be the same direction and content that we expect to see in a good speech, good book and good film. The direction should be the same. The enemies of Islam were not born yesterday. The enemies of the truth and the enemies of God have been gathering their troops since the emergence of God’s religion. Today, the same troops exist. “The sweet and salty waters in the world flow in different veins and they will be the same for humanity until Israphil [the angel who blows his horn on Judgement Day] blows his horn.” [from a poem by Moulavi].

From now on too, this will be the same. This deployment is the same one that Ibrahim, Musa and the Last Prophet (God’s greetings be upon him and his household) stressed. Today, you are in the same line that Musa, Ibrahim, the Holy Prophet, Ammar and the Commander of the Faithful stood one day. If we do not identify our line correctly, we will make a mistake. If we do not identify the enemy line, we will make a mistake. In the Battle of Siffin, Ammar witnessed that part of the army was worried and confused and that they did not know the goal and the direction. He felt he had a responsibility. Ammar was the Commander of the Faithful’s spokesperson. He faced the crowd and said, “Do you see the other side’s banner? The banner belonging to Bani Umayyad? We had the same banner against us in the Battle of Badr and the Battle of Uhud. It is the same banner.”

I will tell you that the banner standing against the Revolution in Asia, in Europe, in America and in every part of the world is the same banner: the banner that was hoisted against Ibrahim, Musa and Isa. They were destroyed, but Musa, Isa and Ibrahim are alive. The reason why they are alive is that Allah the Exalted said to Hazrat Musa, “Fear not: for I am with you: I hear and see everything” [The Holy Quran, 20: 46]. He said that they should not fear, panic and make an error of calculation because He is with them. He said, “I am with you.” Two unarmed individuals seem nothing in the face of the large army of the Pharaoh, but in reality, power belongs to them. This is because power belongs to God and God says that he is with them: “For I am with you: I hear and see everything.” He says that He sees, hears and knows everything. This is our issue.

Those who do not believe this should look at the past 40 years during which our enemies, who were the center of material power in the world, came with all their power and stood against this Revolution and this movement. They struck and made all their efforts in the true sense of the word. They did whatever they could, but after the passage of 40 years, they are weaker than the first day and we are stronger than the first day. This shows that “I am with you.” Allah the Exalted is with us: “I hear and see everything.” However, there is one condition. You should be with God too: “If you help the cause of Allah, He will help you, and make firm your feet” [The Holy Quran, 47: 7].

It was our magnanimous Imam who taught us this lesson. We too did not have a correct understanding about this before that. We did not understand the depth of the issue either. However, that great personality understood this perfectly. He would say to us that we should be with God and he himself was with God. Being with God means what I said in the beginning: you should carry out your duties. You are panegyrists and eulogists. This in itself is a great honor: “A person who praises the sun is praising himself.” When you eulogize Imam Hussein and Fatimah al-Zahra (God’s greetings be upon her), you are in fact eulogizing yourselves:

“A person who praises the sun is praising himself, as I have two bright and sharp eyes” [from a poem by Moulavi].

The poet says that he understands well enough that they are praising themselves. This is a great honor. You should make the most of this honor, this pillar and this position. You should guide the people towards the goals of the Revolution and towards everything for which the Revolution was conducted: the creation of a pious, healthy, safe and secure world for people. This is a world which prepares the ground for the hereafter in the real sense of the word. The creation of such a world is the goal of the Islamic Revolution. It pursues welfare, international glory and spiritual enthusiasm. Everything exists in this great movement and we are after this.

Each of us has certain responsibilities in this regard. All of you have responsibilities. By Allah’s favor, you should carry out this responsibility. In particular, I would like to stress that you should focus on the issue of family at this point in time. The enemy – not the enemy of Iran and the Revolution, rather the enemy of humanity – has decided to destroy the foundation of family among human beings. This is divine tradition. Family is a divine tradition. The enemy of humanity – in other words, international capitalism and Zionism – has decided to destroy family since approximately a hundred years ago. And they succeeded in certain places. They managed to do so in those places where the people had drifted away from God. And they failed to do so in certain countries including our Islamic Iran, but they are doing their best.

These hard and late marriages, characterized with the small number of births, and what is referred to as “white marriages” – this ugly term which represents the darkest kinds of marriages – are all promoted in order to destroy family. The propagation of lustfulness and the destruction of modesty and sexual reserve are some of the enemy’s plans in the present time. You should include the fight against these phenomena in your plans. You should work on the purity and piety of this country’s youth and you should strive towards it. This is one of the best tasks. It is one of the most efficient methods for preserving and developing the Revolution and for protecting the Islamic government.

I am very happy to have met you. I hope that by Allah’s favor, all of you will benefit from divine kindness, the prayers of the Imam of the Age and the attention of Hazrat Zahra (God’s greetings be upon her), God willing.

Greetings be upon you and Allah’s mercy and blessings

This site uses Akismet to reduce spam. Learn how your comment data is processed.

Muqawamalogy is a personal project of Aaron Y. Zelin and is not associated with The Washington Institute for Near East Policy.

To inquire about translations for a fee email: azelin [at] jihadology [dot] net